The Monome is revolutionizing the music industry and musical performances. Evolved from the 40h, the new Monomes started as an interface for personal musical and art performances.

But it quickly developed on a grander scale. It now consists of a reconfigurable grid made up of backlit key pads.

Monomes are connected to a computer and an application on the computer then determines the interaction between the lights and the keys.

Hard-wired functionality is eliminated. Its capabilities and functions are virtually limitless. The Monome works as a live sample cutter, a drum machine, a sequencer, and a tonal map. It can also do math simulations and create visualizations. An owner can even play games on their Monome.

The Monomes are unique in their modern design which allows them to blend effortlessly among technology and musical instruments alike. The rubber keypads are custom manufactured from high-quality silicone and feature a bright orange backlighting. There are no visible screws anywhere on the Monome even in the clear top plate constructed from aluminum.

The black walnut enclosure is hand crafted and utilizes a black rubber lining along the bottom to eliminate slips that could risk the structural integrity and function of the Monome. The grayscale edition of the sixty four model features a bright white backlit keyboard with black silicone fitted over a steel enclosure protecting the hardware of the artist’s Monome.

Current availability is in flux due to the popularity of the Monomes but prices for the Sixty-Four models start at $500 for the arc two and rise to $800 for the arc four. The One Twenty Eight model starts at $800 and the Two Fifty Six model will run musicians and programmers $1400. All of the models require a $20 North American shipping fee or a $120 shipping fee for international orders. All prices are for the latest edition of the Monomes, distributed in January 2011. 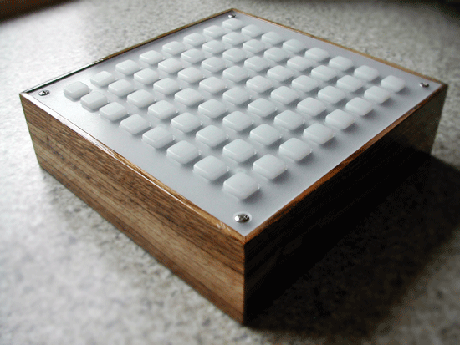 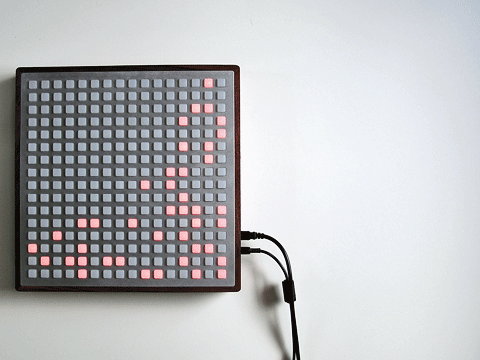 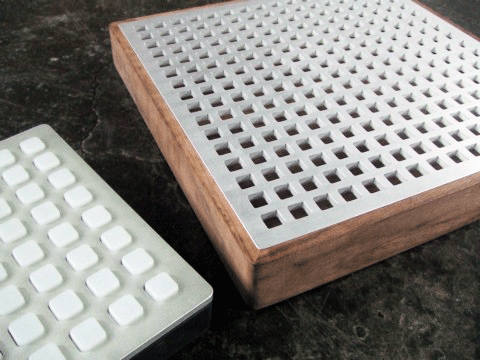 Monomes were created by Brian Crabtree and Kelli Cain. They strive for manufacturing practices that are economical and ecologically sustainable with an overall goal of producing more versatile yet less complex technology.