The Prophet 64 is neither an ordinary SID synthesizer or a TB-303-Prophet 5/10/one emulator. It does however apply a 303 approach on pattern sequencing as well as Sequential Circuits-like sound editing layout. The original version was developed in 1996 and kept within an inner circle of users. Now, eight years later, everyone has the opportunity to possess it’s full potentials as prophet64.com keeps the software alive and publically available!

The sound circuit of the C64 (SID) has certainly left it’s print in the history of computer music. Compared to the contenders on the home computer market in the 1980s it totally wiped out all competition. However, when used as a stand alone synthesizer things get in a different perspective. The demands and expectations are now in the same field as the true monster machines of the C64’s era: The MOOGs, Oberheims, Sequential Circuits etc. The most obvious thing degrading the SID 6581 is the poor filter response. Being the most important component in a subtractive synthesis you cannot live with a low performance VCF when tweaking that latest masterpiece..

In the late 80s the trusty SID 6581 was upgraded to the SID 8580. Many people claim the old 6581 sounding better but that is not true. What is true is that inspite many of the 6581’s flaws still being there, the filter had a major upgrade. Not kicking any serious butt at least it finally makes the SID useful as a “real” synthesizer circuit. 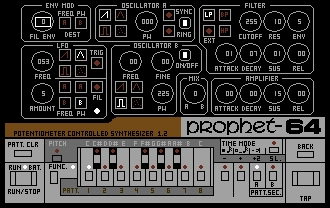 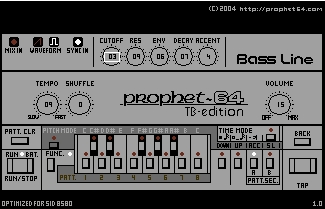 When it comes to music, Allansmusic is your quality store for a name brand Piano like Roland, HP, and Kawai pianos.