Silicone Soul has a significant place in today’s modern club music scene. This master DJ’s duo by Craig Morrison and Graeme Reedie is bonded by their soulful remixes and sounds that are unique and interesting, true to their souls and to their music. It gave me great pleasure to meet and greet this musical duo.

For starters, give us a bit of information about how the Silicone Soul project got started. Give us the history on how the two of you met.

What type of music did you listen to as kids?

How did the production side of your career get started?

What artists do you remember vibing to?

Talk about your first big break. What did that feel like?

You’re on the road a lot these days. Tell us about the most interesting places your career has taken you so far.

Talk about your first gig. How did it come about?

Talk a little bit more about the Darkroom Dubs label? Where did the name and the concept arise from?

What is it that you want your fans to know about? What do you want to promote? 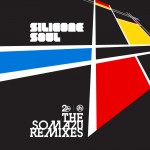 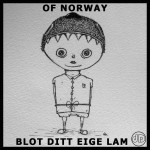 I may be putting you on the spot here, but the fans are always anxious to know what top artists are listening to. What can we find in your CD player?

Did you ever get tired of it all?

What message do you really want to convey to the readers of Analogik.com?