Coming from a musical background, with a grandfather who was a high school music teacher in addition to playing bass guitar with Bill Haley and the Comets and a father who played in a variety of rock bands throughout the 1950s and 1960s,Sean O’Neal co-founded the Tuning Spork and FuzzyBox,the Foundsound,Unfoundsound and Little Helpers record labels.

Sean O’Neal, who goes by Someone Else is one of the leading innovators of the electro-pop, deep house, and minimal techno, and experimental music sectors. His skills in music production have earned him praise from critics all over the world, resulting in extensive global tours throughout Russia, Argentina, Europe, Canada, Japan, and the United States. In addition to co-founding record labels like Tuning Spork, Sean O’Neal has produced various events in the Philadelphia and New York City areas as well as writing for different music magazines and newspapers like xrl8r and Philadelphia City Paper.

Someone Else – Analogik.com LIVE

Can you tell us more about your background? What were you into before music?

Many changes have occurred in the electronic music world, including the musical tastes of its audiences. What prompted your emphasis on minimalistic performances and recordings? 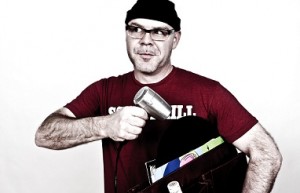 Did you receive a great deal of assistance when launching your various careers? Did you benefit from a mentor or other experienced professional, or did you climb up the ladder on your own?

Do any of your previous tracks or albums have more meaning to you than the others? How do you feel about playing these older songs on request?

As the future unfolds, do you have any other types of music you would like to explore? 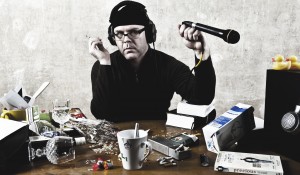 Getting back to the present, there has been a bit of gossip about your personal life, particularly about your future wife. We already know that she is a DJ,but we would appreciate the endeavor and would like to hear more about it in your words.

The Tuning Spork and Fuzzy Box record labels are very unique names. Could you tell us more about what inspired this concept?

At the same time as launching Foundsound, we also launched Unfoundsound which is a free netlabel with almost 70 releases as of now, and anyone can download these releases for no money at any time. The music on Unfoundsound is usually deeper and more experimental, mostly minimal techno, but also ambient, experimental, deep house, tech-house and other styles. Unfoundsound also continues to release music to this day. And more recently, at the end of 2009, Andrew Rasse (a.k.a. Butane) and I started the Little Helpers label. It’s a digital label only on Beatport with one or two releases every month from when we started until now. The concept of Little Helpers is somewhat inspired by lockgroove vinyl records. The tracks on Little Helpers are somewhere in between a tool and a track — based around one solid groove. The tracks are suitable for editing, layering, looping, or they can stand alone if the DJ so desires.

You must do quite a good bit of traveling due to the nature of your work. Can you tell us which destinations you have found to be most intriguing?

Music fans are always interested to learn what types of music their favorite performers enjoy. Outside of the electronic music realm, which artists do you personally find most compelling?

I would imagine there is a great deal about your career you find thrilling, but if I asked you to reveal something about your work you do not enjoy, what might it be?

What advice would you offer beginning producers and DJs hoping to advance their careers?