Thousands of electronic dance music (EDM) fans descended on   Belgium July 27-29 for one of Europe’s largest music events of the year, the Tomorrowland 2012 music festival. Concert goers anticipated the event so much that it sold out all 180,000 tickets in seconds. Estimates placed the numbers of attendees at 60,000 or more. The annual event in Boom, Belgium, a town about 30 miles north of Brussels, covers a sprawling 185 acres and essentially was its own small town.

In case you were one of the approximately two million people who tried to get tickets for the concert or just heard about it afterwards, the lineup was as impressive as it was deep. The headliners at the concert included Carl Cox, Marco Carola,Seth Troxler, Extrawelt, Fatboy Slim, and John Digweed, to name a few. Tomorrowland had 16 stages, plenty of vendors, and a campground, so not only could one go around and hear different acts, but also sleep in the midst of the action. 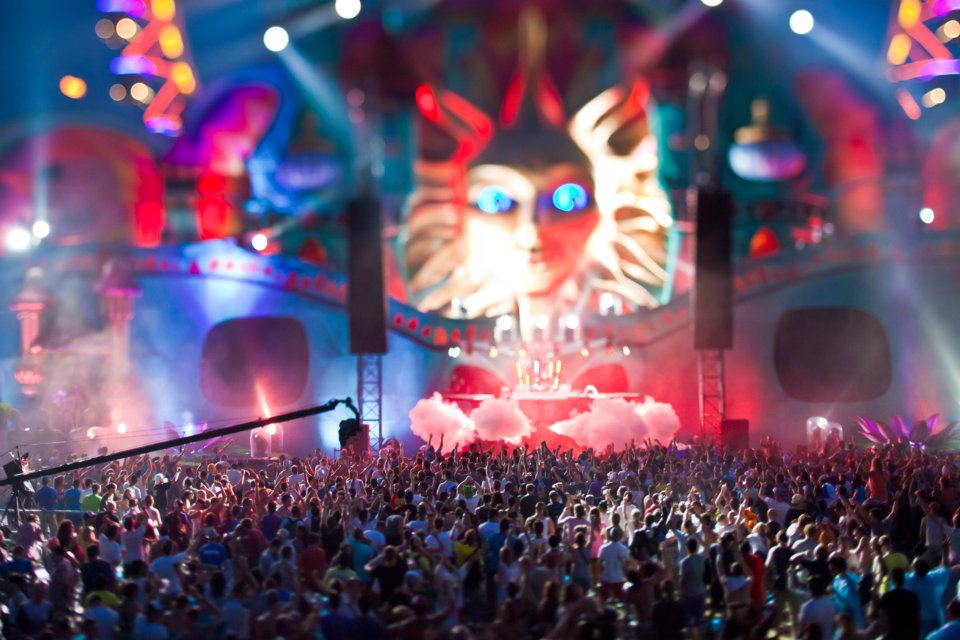 Before getting into the acts themselves, it’s important to set the scene for how phenomenal the concert was. One of the hallmarks of the concert was its vibrancy. The main stage, for instance, was what could be called a bibliophile’s dream. It was constructed to look like it was made of giant books.

Its size required nine months to construct and weighed in at a hefty 138 tons. The dreamlike quality of the presentation carried over into the clothing of the revelers who were encouraged by the concert’s website to bring brightly colored garments roomy enough to allow the freedom of movement to dance wherever one happened to be while listening to the pulse-pounding beats.

DreamVille, the aptly named campground, helped to enhance the otherworldly feel of the concert’s fantasy theme. The entrance alone had patrons pass under an enormous rainbow. Some of the décor included giant mushrooms and staff dressed as characters out of “Alice in Wonderland.” If that wasn’t enough, other fairytale characters graced the concert with people dressed as fauns, fairies and mermaids. 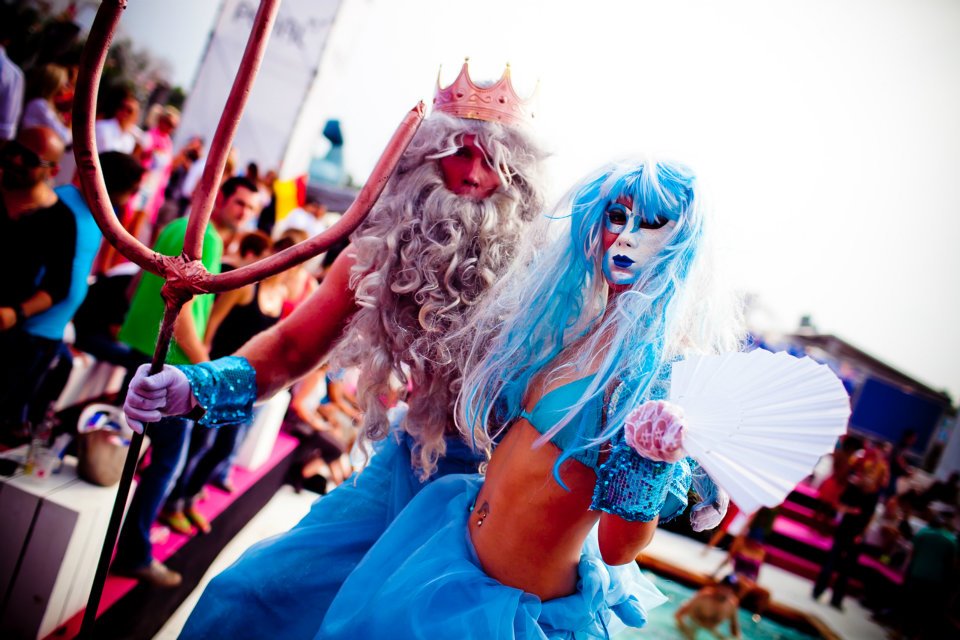 Concert goers were living a dream and didn’t have to worry about missing out on their favorite artists without going through a sleepless haze. In fact, the fairytale motif might have made you wonder upon waking if it wasn’t a dream come true. 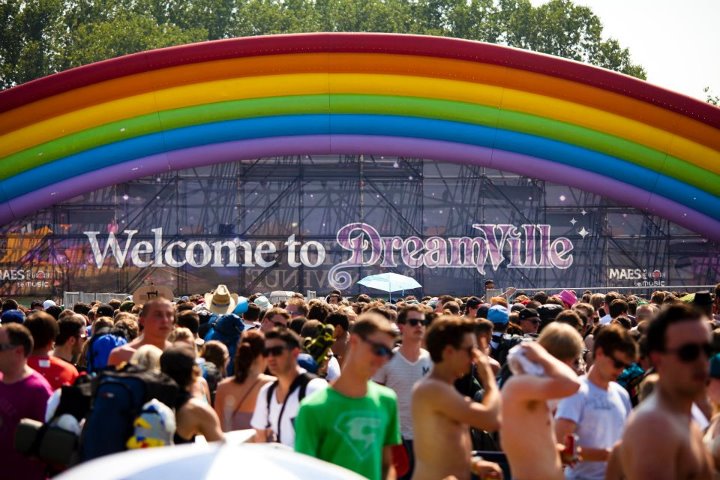 A rain shower did not dampen the mood in Boom when the festivities began. In fact, a few acts decided to debut some new material at the show, only adding to the excitement. Fatboy Slim did a two-hour stint before handing off to Swedish sensation Avicii.

Avicii included a few new tracks in his set on Friday that helped boost the energy along with the timed pyrotechnic display that kept up with the music. Even the main stage got into the act when the cover of one of the books opened up to reveal a three-dimensional face coming out of the pages.

Though not the final act of the day, it was one of the more memorable highlights for the day. Steve Aoki performed masterfully on the Dim Mak stage that the sauna-like atmosphere was unable to sap the energy from the crowd. As if the event wasn’t big enough, Lil’ Jon made an appearance to help kick things off.

On the Carl Cox and Friends stage, both Carl Cox and legendary deejay John Digweed entertained the crowd. Though the two friends did not perform a set together, they did have the crowd pumped. Marco Carola, who many proclaim as the Italian ambassador to the techno world, also worked the stage on Friday.

The head of a giant animated genie gazed out eerily over the crowd in keeping with the concert’s fantasy motif. The bright blue, gold and pink in the stage were nearly as relentless as the music. Behind the stage was a massive ferris wheel with laser lights shooting out from it. Though it didn’t fit the spectacle, its asymmetric nature strangely added to the magical quality of the show.

The Café d’Anvers stage boasted a great lineup on Friday as well. Jamie Jones, considered to be a rising star in both house and techno, kept things moving with his signature sound: a steady beat with a slightly unstable baseline and dissonant tones that keep listeners guessing. Guy Gerber also worked the Café d’Anvers stage with his haunting melodic tracks.

The Above & Beyond trio hosted the Group Therapy stage on Friday. Joining them were Matt Zo and Jaytech with Gabriel & Dresden wrapping up the day’s performances. Austrian female duo Nervo rocked the audience on Saturday and they were amongst the handful of female artists that played Tomorrowland 2012. Other artists with sets on the day included Skrillex, Paul van Dyke, Sandro Silva, Dmitri Vegas, Laidback Luke, and Like Mike. 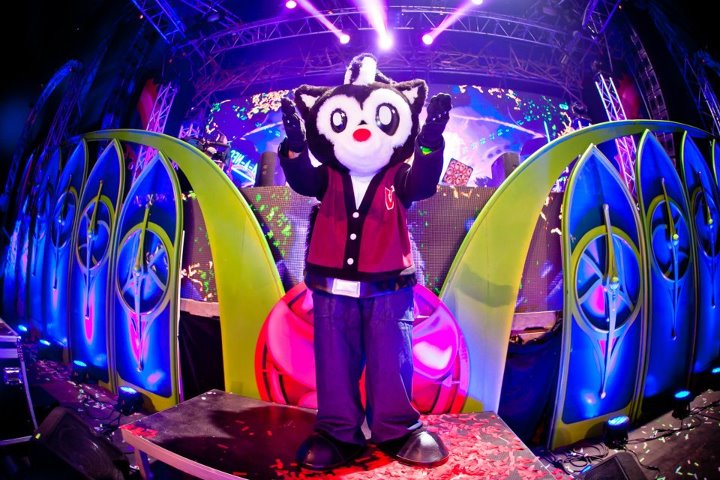 For those who did not catch the act, there was what may be a bittersweet performance among the headlining acts for some EDM fans. Swedish House Mafia’s last live show might have been their set on the main stage on Saturday by indications in press coverage about the group that the trio was disbanding.

Their performance was dubbed as “epic” by L.A. Times’s blogger Eddie Velosa. So for fans who saw it, the set was one of Swedish House Mafia’s best but it was tinged with the uncertainty of the group’s future. Neither of the trio mentioned whether that was their swan song, allowing for the speculation to grow on their future.

The Cocoon Heroes stage boasted of an impressive set of artists on Saturday as well. The stage saw the likes of Sven Väth, creator of Cocoon Records, Extrawelt, and Seth Troxler. They provided a great depth to the lineup ranging from Troxler’s Detroit techno sound to the genre-defying sound of Extrawelt and the 30 years of experience that Sven Väth has behind the turntables made for an excellent show that promised something for everyone’s tastes.

On Sunday, Ovum Recordings thrilled audiences. Consummate perfectionist Steve Bug wowed listeners with his unflinching mix of deep house, minimalist techno and acid. Shlomi Aber, who has collaborated with Guy Gerber, also performed a set. He only added to the flow with a funk and jazz infusion to the minimalist scene that complemented Steve Bug’s style.

If the show didn’t sound epic enough, Steve Aoki, came back to close out the event with a 2-1/2 hour session. It was a poetically fitting end as he helped bookend the concert. This was a feat in itself considering that he was on a whirlwind tour of seven countries in as many days. The set was capped off with enough fireworks to put a Fourth of July celebration to shame. 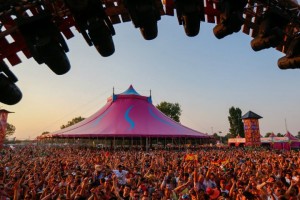 The over-the-top event managed to outdo itself in its ninth installment. Those in attendance came from over 70 countries, making it a surreal melting pot of fantasy and harmony. Tomorrowland did stream over four hours of the festival online.

If the popularity of the concert is any indication by the more than 50 million hits to their YouTube channel between last year’s show and this one, the event looks to only grow in grandeur. For those who could not get tickets, there was the consolation prize of experiencing some of the revelry and hopefully it satisfied the one million plus fans who could not get tickets to one of the most popular music festivals in the world.