There have been a lot of debates concerning the sound quality of vinyl and digital recordings. Everyone is taking sides and trying to defend their choice. Unfortunately, there is no clear answer yet on which among the two is better. Determining which one sounds better is quite subjective. In addition, there are other salient points that one should understand before they claim one really sounds better.

The big question still remains. Which is better? Audio enthusiasts defend their choices by elaborating the pros and cons of the two. They keep on asserting that there is actually a detectable difference.

The battle surrounds the difference between the nature of storage media that can either be analog or digital. Digital audio works with two basic parameters. This includes the number of times in every second that the waveform height is sampled. This is referred to as the sample rate. It also includes the measurable levels in each sample or the resolution. In a CD, there is 16-bit resolution. Each step is precisely measured on a scale of 0 to 65,535 in its waveform height with a 44,100 times per second sample rate. These measurements are two times more than the highest frequency that the human ear can detect.

On the other hand, the digital representation of the recorded sound has numeric amplitudes at high frequencies. A smooth flowing waveform is cut into a vinyl record’s grooves. A needle follows a single groove encoded with channels. The groove moves from side to side thereby producing a single channel. The speed of pushing the needle determines its frequency and how far it is pushed determines the amplitude. In order to add another channel, a second axis of vertical movement is added. Turning both by 45 degrees creates a groove that has a varying depth in both axes. The distance and speed that the needle vibrates in the right side determines the right channel signal. The same concept applies to the left side. The left and right signal combination provides the instructions on how the groove needs to be cut. There is a single smooth flowing waveform in the right channel and another one in the left at every instant. 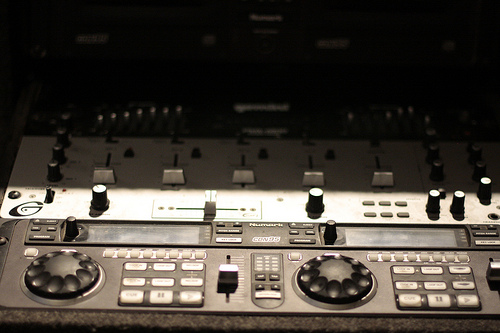 Both systems work beautifully. An expensive vinyl recording can even outperform a digital system and vice versa. They both have good and bad points. That is why it is somewhat unreasonable to continue the debate on which among the two is better. There are other variables involved in the process that can affect the quality of recorded music. This includes the microphones, mixing, mastering, amplifier, playback hardware and speaker quality. The characteristics of the listening environment also matter. It doesn’t really matter if music is recorded on a CD or vinyl as the media is not the only variable involved in the process.

Many digital proponents say that the digital recording is superior as it is capable of producing higher frequencies than vinyl. However, can people really distinguish which one produces a higher frequency? Research has proven that the answer is no. In 2004, NHK Laboratories Japan performed a study and found frequencies that are above what the human ear can hear make no difference at all.

Another controversy back in 2004 compared digital format DVD audio to super audio CD. Each format claimed to have superior audio than the other. Industry experts placed serious attention on this issue and addressed it by conducting a test. The results were revealed at the 116th Audio Engineering Society conference held in Berlin. It was concluded that there was no scientific basis for either format to claim that they are superior when it comes to audio quality. The tests used the best equipment in the industry.

Another study was published in the Bulletin of the Council for Research in Music and Education in 2002. It revealed that most listeners find digital format’s bass, treble and overall quality is superior in quality to analog. This means that digital format produced good sound with headphone and loudspeaker conditions. The test was conducted using analog and digital recordings of the same concert performance that was unmixed and unequalized for test purposes.

The bottom line is that digital media is indeed better than analog when it comes to reproduction. However, vinyl recordings offer a specific quality of sound that some people prefer. People who were born in the 1940s prefer the vinyl format while younger people tend to go for the high-technology digital format. Some individuals choose media for convenience. Vinyl recordings are bulky in nature while digital recordings are easier to carry around. Nevertheless, vinyl records have a sort of personal connection to the real audio that is something that no digital system can replicate. In the end, it is the full listening experience that matters.