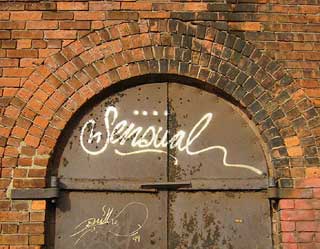 As an artist, I truly believe simplicity can create an opportunity for the listener to gather their own impression of the music without being bombarded with sound. For me, one sound that is interesting and different is far superior to five mixed together. Influences are far and wide. Some of my favorites include the old soul singers (Gaye, Green), new Hip Hop/Soul (Sa-Ra, Kenn Starr), All rock (Phoenix, Beatles), All Reggae (Isaacs, Black Uhuru) and Dub (Pablo, Scratch)

Music has been a huge part of my life since a young age. Fortunately my parents liked every kind of music, some of the old top 40, but also alot of the songs made by very defined artists, the type that weren’t on the radio and fit a genre so perfectly that people who weren’t fans of that particulay genre wouldn’t give em a shot. Al Green is an example. But I heard it all, new wave to soul to rap to rock. I just grew up loving all music. And I grew up in Portland, a place that even though has a really large white population, is very liberal and open to different things. So it wouldn’t be uncommon to hear grateful dead playing in one passing car, then the next you’d hear NWA. Just how it was. But grew up into music, and computers, and after high school and college went traveling for a couple years and that’s when I was able to listen to other people that used their computers to make music like i did, but it was readily available and on the radios and everywhere. I got some great tips from people abroad and at the same time gave them tips on soul music and hip hop and things we in the states have alot of access to. I came home understanding that electronic music was on the forefront of music, and using both a computer and live instruments you got a powerful combination.