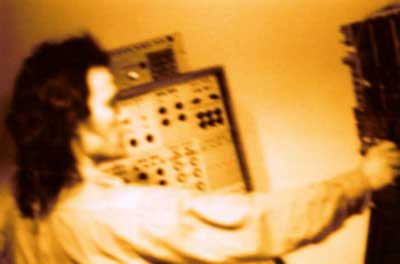 “In an era whose artistic expression has come to be dominated by the stultifying forces of financial and ideological conservatism, Ray Buttigieg reminds us to keep our options open. Buttigieg is a futuristic, a visionary – perhaps the leading visionary of this new breed of synthesists experimenting and exploring the rich vein of sound materials. Buttigieg is far more than a creator of intriguing music, just as he is far more than a synthesist and multi-instrumentalist. He is a poetic genius, and an articulate spokesman for a philosophy of creativity and the art of life, that although it would seem vital to the creative process is seldom encountered in either popular or “serious” art. The real rewards of Buttigieg’s influences are bound to go not to those who clone his innovations in compositional structures and sound processing, but to those who are willing to apply his insights so as to discover the sources of their own creativity – to those who are willing, as Buttigieg is, to take chances.”

from “The Next Wave – The Third High,” Synth Magazine