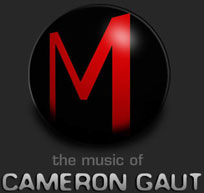 I grew up near Portland OR, living in the suburbs and attending public schools. When I was 7, my parents enrolled me in Piano lessons, but I was too impatient and my teacher was incompetent. This turned me off of musical instruction, which lingered with me until I began drum lessons in my second year of high school. I had always tinkered around on the piano at home, and my growing interest in music and technology in high school fueled the beginnings of my electronic music production. I first learned about Fruity Loops version 4 on a friend’s computer and became immediately hooked. Then, my older brother introduced me to Reason, which initially was overwhelming, but eventually it taught me the basics of studio gear. After a few years of messing around with these programs, I finally showed improvement, and I created a section of my web site to share my music with people around the world. To date, I have about 30 finished tracks, and I am constantly working on solo tracks, jamming with my ambient band C120, and working on sideprojects and collaborations such as Takyon.