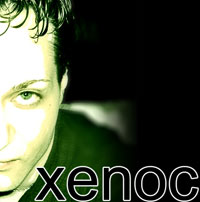 Xenoc, also known as Aaron Zafran, is a newly emerging musician/producer focused on the production of music in various subgenres of electronic music. His musical career still in its infancy, Xenoc’s music varies wildly in style, darting between various subgenres of electronic music, but never quite settling down long enough to be easily classified.

Xenoc has a lifelong history of musical endeavors, including numerous performances in piano/keyboard ensembles throughout his youth under the guidance and instruction of mentors at Loch-Reid Music, and several years of active participation in the online demoscene utilizing tracking software. Both eras of his life are ones from which his music is heavily influenced. Many of his compositions from as much as a decade ago can still be found via simple google searches.

Lately, Xenoc is most heavily influenced by a fairly long list of artists, including but not limited to: Pendulum, Grayarea, Infected Mushroom, Bad Company, Hybrid, Logistics, Sub Focus, Black Sun Empire, DJ Fresh, Concord Dawn, Andy C, and John B. The list could be much longer, but that’ll do for now.