Winter 1998 – Belgrade, Serbia, I bought myself a lovely present. Pulse 6 double CD compilation which not only grabbed me by its sound but also for its curious design. Inspired by the cover I made a pencil drawing on a notebook paper. It looked quite futuristic and abstract: 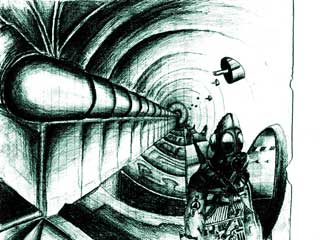 A guy in a gas-mask and biohazard suit walking throught a very long corridor. Like many others, this drawing ended up in an art folder and migrated to Australia with me. 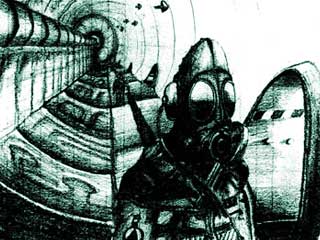 Eventually the drawing was forgotten until the moment I flipped through an 1962 edition of Compton’s Encyclopedia (which I believe later evolved into Encyclopædia Britannica). To my suprise there it was – a very familiar structure, what I now recognised to be a particle accellerator: 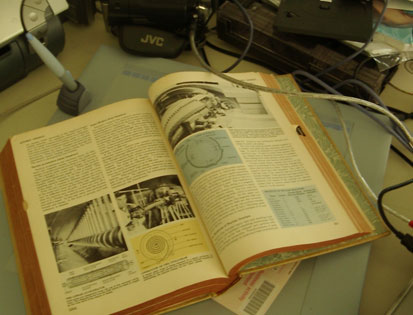 It took a very long time and some focused online research to figure out what, how, where and help me sort out the confusion created in my head. At that time I still didn’t realise that the idea for the drawing came from the album cover. 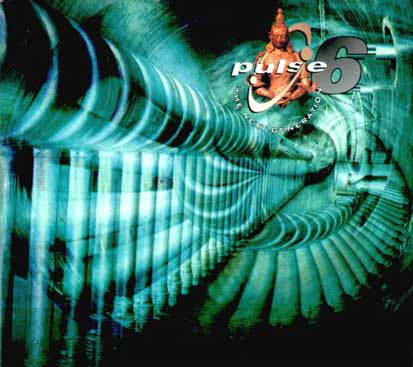 One fact is still unclear and that is the fact that my drawing shows more accurate detail of the source photograph used for the album cover design. 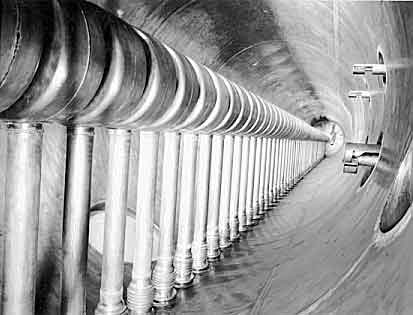