Somewhere between house music and avant-garde electronica, Silicone Soul have found their calling. In a recent interview, the group discussed their history and shed some light on their current musical direction. The duo, made up of Craig Morrison and Graeme Reedie, spoke of their beginnings in Glasgow, their first big break and their international acclaim.

Their story reflects their ability to bring together the fevered rumble of dance floor mania and a lifelong devotion to countless musical influences.

Their latest release, the “Smokestak” EP, is simultaneously heart-pounding and heart-stopping. The concise tracklist throws convention aside to make room for radical innovation. It is a rare occasion indeed when house music can be described as ethereal or expansive. This release trips along the edge of expectation, removing what is possible in exchange for what is imaginable.

The first track, “Smokestak”, plays like an interpretation of a house music theme. All the characteristics of house are present: a hypnotic bassline, hi-hats on the offbeat, occasional handclaps, etc. The groove is undeniable but the first impression hints at something deeper. There is a landscape here that cannot be explored with a cursory examination.

A wailing saxophone blurs the line between Western and Eastern tonality while tribal drums sharpen the heavy beat. After some sonic exploration and perhaps a bit of meditation, one begins to uncover the levels of complexity belied by the seemingly simple song structure.

If “Smokestak” is euphoric, then “One Thing” is pure intoxication. Occupying the third space on the tracklist, this cut begins to break down the lines that separate dance music from other genres. Once again, the beat stands front and center but the true magic is found in the space surrounding the rhythm. 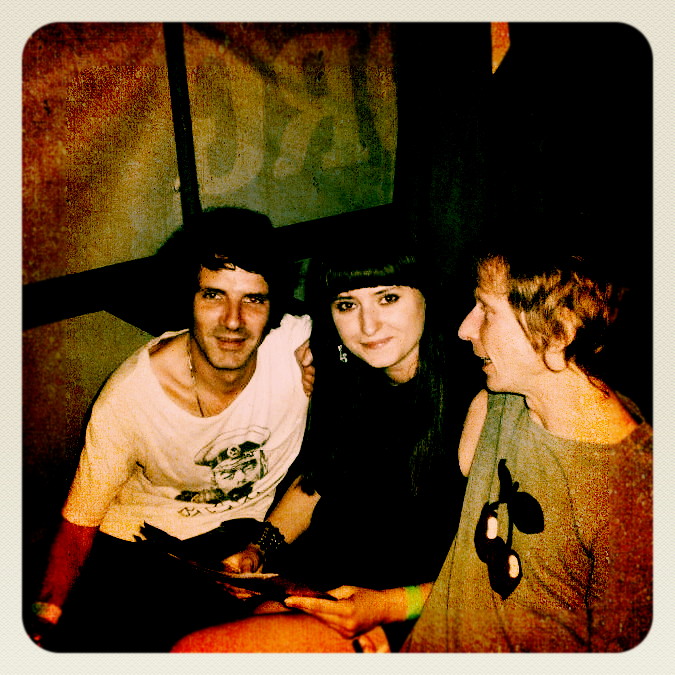 “One Thing” plays like a science experiment gone horribly right, pumping electric guitar through a battery-starved fuzzbox to expand the resonating frequencies. The only certainty is that this track will be firmly stuck in your head for days. One wonders: Is this psychedelic? Is this shoegaze? Sometimes it’s better to dance now and ask questions later.

The last two tracks, “Burning Sands” and “Like Mice In A Maze” build on the idea of joining seemingly antithetical genres into a mix that is both beautiful and strange. “Burning Sands” pulls no punches, a relentless rhythm throbs under a simple, reverb-laden bass progression. It is sinister and danceable in equal measures. Dizzying, trembling tones foreshadow the complete abandonment of form offered by “Like Mice In A Maze.”

The closing track is, if anything, mysterious. It approaches unfamiliar ground, stepping into realms usually frequented by the likes of Brian Eno and Working For A Nuclear Free City. “Like Mice In A Maze” even eschews the commitment to nightclub approval.

It is more cerebral than musical and is constructed with elements that can only be described as non-music. The feel of the track is cold, alien, almost unrecognizable when approached from the context of house music. Bassy, expansive tones collide in extreme slow motion; there is no illumination to be found.

A faint but frighteningly massive rhythm lumbers at a crawl, chopped-up slivers of sampled human vocals appear and disappear and far-off, spacy synthesizer tones sound almost hopeful compared to their dark surroundings. Repeated listens are a requirement for anyone fascinated with the concept of soundscapes.

Silicone Soul are on to something with the “Smokestak” EP. That is, perhaps, the most significant impact that these songs have. The implication is that only Silicone Soul really understand the meaning behind their creation. That will not be the case for long; captivated listeners will leave no corner of this record unexplored.