The Eastern European electronic music scene has produced a bevy of artists renowned all over the world for their brilliance and creativity. Among this esteemed collective is Mihai Popoviciu, a veteran of the Romanian club Circuit. Mihai’s reputation did not come easily; he has been at the helm of both solo projects and collaborations for more than a decade. He has taken the house and techno tracks that shaped his youthful aspirations and crafted a sound that is emblematic of his personal journey. With a basis in the danceable lockstep beats that typify the nightclub experience, Mihai’s sound has evolved to defy both convention and expectation.

Mihai’s acclaim stems not only from his own musical catalog but also from his work as a producer. One of his addictive international smash hits, “Bis Co”, was the product of a collaboration with fellow artist Jay Bliss. Popoviciu and Bliss continued to combine their creative efforts, realizing a dream founded in struggle and sweat. If the response to their collective output is any indication, they will not cease to win new fans at any time in the near future. Mihai’s creative process has become a source of fascination and intrigue for legions of fans across the globe.

Many people know your name but not many know your story. How did you get your start in the music business?

I was into electronic music from the late 90’s but started to produce later, in 2001. It took me  4 years until I released my first vinyl on Gigolo Records in 2005. After that i knew that music is what i want to do for a living and things evolved into that direction.

The 80’s were a momentous time for techno and the entire electronic music industry. How did those musical developments affect you as a kid growing up in Romania?

I was too young in the 80’s so that decade didn’t have an influence upon me at that time but i discovered and consumed it later as a teenager. I have many records from the 80’s in my collection 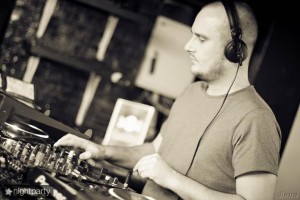 Was there a point in your life when everything came together and provided direction for  your aspirations?

I think that one of the most important points in my career as a DJ/producer was when I quit my job as  an architect to focus 100% on music. That was in 2008 and I couldn’t do both music and architecture in a proper way so I had to make a decision. Luckily I chose music.

Electronica is a constantly shifting medium of artistic expression. What’s your take on the current developments in the scene? For instance, what do you think of the down-tempo drops in dubstep that have been appearing in so many other genres?

I must admit that I don’t follow the dubstep scene at all but I think that introducing specific elements of one genre to another could be interesting if they happen in a right context.

Anything is allowed, there are no rules in music. 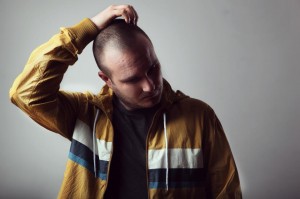 You’ve been in the electronic music scene for over a decade. Where do you find the inspiration to keep going and what drives you on during creative dry spells?

I ask myself the same question sometimes and to be honest I don’t have an answer to that. I can’t say that “this” or “that” gets me inspired, it just comes to me. There are days when I’m in a good mood for music and ideas have a nice and natural flow and some other dry days when nothing works and I just quit trying to produce because most likely it will be a waste of time.

After touring the world on the club circuit as well as the major festival routes, have you found a preference for clubs or festivals?
Both clubs and festivals have their own charm. I don’t get to play at festivals too often so I enjoy doing that whenever it happens because it’s different from a club night. However, I prefer clubs for the more intimate interaction with the crowd and for the longer set times.

If you could give a brief overview of your studio gear, what would that look like? Are you a hardware guy or do you operate mostly around a particular DAW?

My studio setup is extremely simple. I only have my PC and the monitor speakers, no hardware of any kind, I rely entirely on software. I guess that I am too lazy to try something new.

You know what they say: “Never change a running system!” 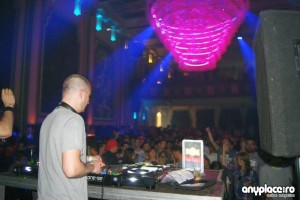 You are known for your dance floor hits as well as for your work as a producer.What are some of your favourite studio tools and what would you like to acquire for projects in the future?

Although I work with Ableton, I never tried to do a live act so maybe in the future I will do something about that although I am really bad at technical stuff. Plugging cables and troubleshooting is not for me.

Do you still have that fondness for vinyl or have you developed a preference for new media, such as CDs or a purely digital format?

I play only CDs for almost 4 years now but i still have my vinyl collection down in the basement.  Playing vinyl feels great and I try to keep some of that feel while playing CDs but with all the promos that I get and with all the hustle carrying it around, vinyl it’s not reliable for me anymore.

Your exclusive mix. What’s the ingredient for your Analogik podcast?
I like simple and efficient grooves, music that moves you even if it’s deep and dubby. The Analogik mix is a sample of that.

When you work on new tracks, do you ever draw on unfinished work from your past? Are there any unreleased tracks that have reappeared in newer releases?

Yes, sometimes I do that. Every once in a while I go back to unfinished projects and select the ones that I still like and put them into a separate folder for further evaluation. Most of the times I recycle the cool ideas from an older unreleased project and do something new with it.

What does the future have in store for you? Do you have any plans for the upcoming weeks, months or years?

I have a pretty busy end of the year with gigs in Paris, Moscow, Lisabon, Berlin  and Sofia for NYE. I also take care of my label Cyclic Records, which will soon celebrate 1 year since the first release. Apart from that I constantly work on new tracks and remixes that will come out next year.