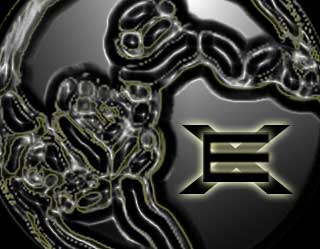 Extronica project was born in 2003. The niche electronic sound has caught the eyes of a number of electronic music fans that are looking for something more than just washed up pop synth lines. Extronica’s influences include DJ Shadow, Emerson Lake and Palmer, a great range of classical composers. Extronica tries to create music that demands careful listening and audible analysis in order to capture the whole picture. You can preview Extronica’s debut album “End of Phase One” on I Tunes orwww.extronica.com

Simonas Slizys (Extronica) was born in Vilnius, Lithuania from where he moved to Toronto, Canada at the age of 15 (he’s back in Vilnius now). His first electronic music compositions began to emerge while he was studying “Digital Composition” at York University in Toronto with Jim Burgess (studio keyboardist for Stevie Wonder and Curtis Mayfield to name a few). Extronica pays particular care to sound design, compositional arrangement, rhythmical complexities and instrumental choice within each of his compositions. Since 2003 Extronica has recorded a number of powerful tracks that reinvent classification of musical genre standardization.