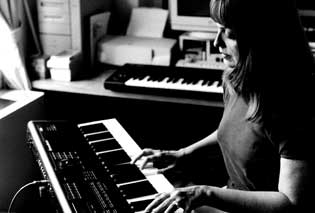 Biography: S.I.M. is the Techno-Brazilian musical duo of  ANA LUIZA CAVALCANTI and SONIA BESSA. Over seven years living in New York City they developed a unique sound, fusing traditional Brazilian rhythms such as bossa nova, samba, baião, and maracatu with a contemporary electronic pop, to create music accented with a new Brazilian cool jazz groove. While in New York, S.I.M. performed at a variety of venues, such as the legendary Knitting Factory and the vanguardist Tonic. They also represented Brazil for the 1999 International Jazz Residency at the Art Omi International Arts Center. Their debut album—NO TEMPO—recorded in New York, features guest appearances from a host of renowned musicians, including Vinicius Cantuária, Arto Lindsay, Zé Luis, Mauro Refosco, Lomiranda, Paulo Rafael and Arthur Sadowsky. They released NO TEMPO at Tonic, with a special appearance by Vinicius Cantuária on acoustic guitar and percussion. S.I.M returned to Brazil in 2003, where ANA LUIZA and SONIA worked in musical production, producing soundtracks and video clips for a number of artists, including Marcio Lomiranda and Lidoka; working to move beyond the usual conception and language of music promotion. In 2006 they returned to the stage in their home town of Rio de Janeiro, in a co-production with the legendary producer Armando Pittigliani, who has discovered some of the biggest artists of the MPB, including Elis Regina, Jorge Benjor and Sergio Mendes. S.I.M.’s latest project, a new album, adds a techno beat to classical Brazilian bossa and samabalanço by Tom Jobim, Baden Powell, and Donato.